When we needed someone who could give a Digbeth a ‘proper thrashing’, there was one man in mind. His name is Andy Gilmour and he plays bass with the legendary Hundred Reasons and the thunderously loud Raging Speedhorn.

As Andy was about to head on the road with Raging Speedhorn, we thought this would be the perfect opportunity to give some attention to the DB200H, the sometimes-overlooked little brother to the phenomenal DB500H. Andy suggested that he should get one out on the road and see what it can really do, and boy can it ‘do’. The little beast tore up the stages and provided enough power for Andy and his thundering bass playing with RSH, so much so that it kind of caught both him and us off guard a little, as Andy explains:

“When I thought about taking the 200 on the road, I wasn’t sure if it would cope with the volume we play at, and I thought the 500 would have to be relied on, and sure, the 500 does everything and more, but the 200 shouldn’t be written off, it provided what I needed, and it did it well!”

If you have ever seen Raging Speedhorn live, you will know what we mean when we say it is loud… the sort of volume that makes our amp-loving arm hairs stand on end. It’s not often that you genuinely get to hear an amp getting thrashed, but when you do, it reminds you of exactly why amps are the most fun thing in the world, because it gives you this little smile on your face, the sort of smile that makes you think “I AM THE GREATEST HUMAN ALIVE”. 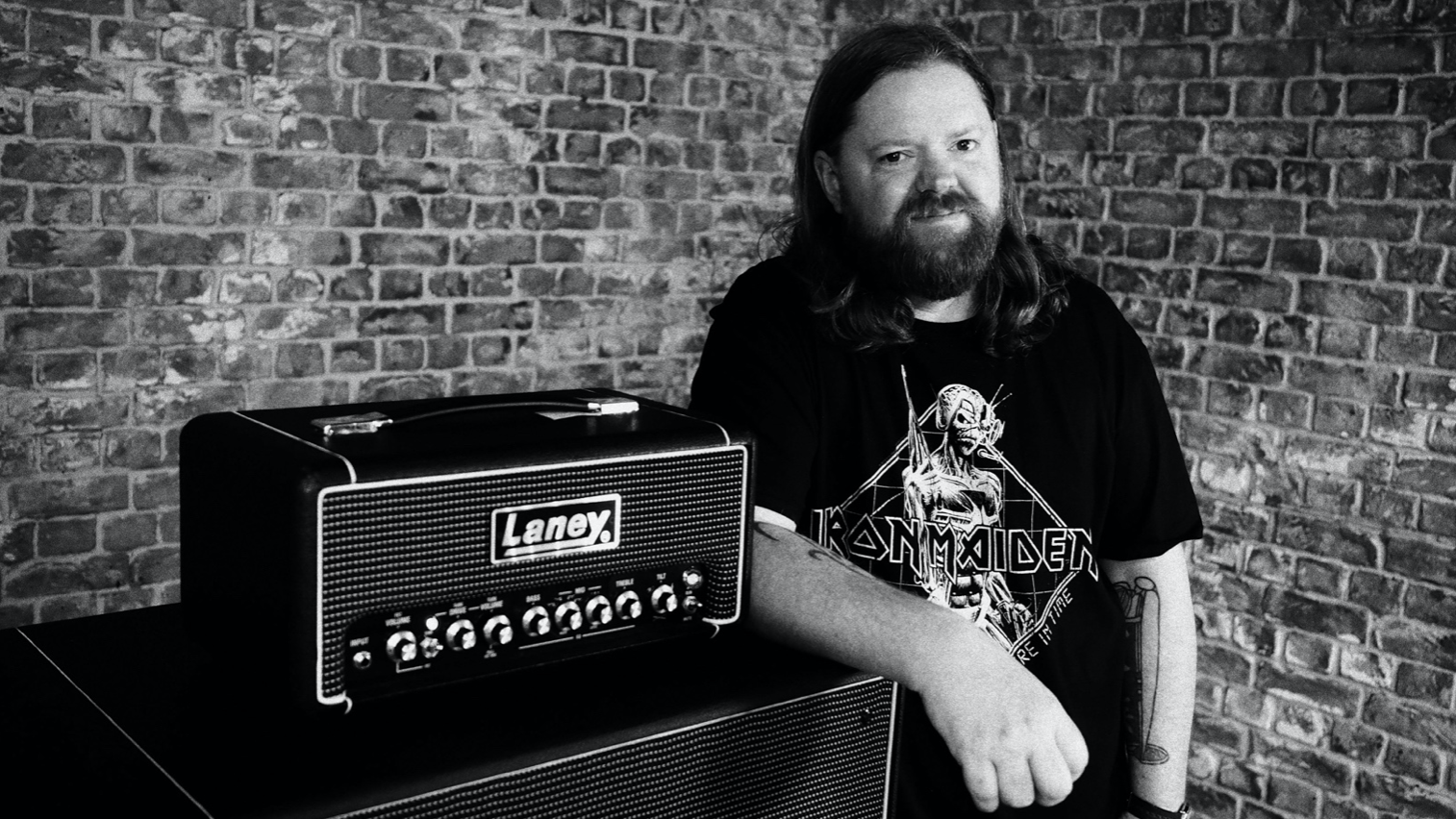 Credit where it is due, the little Digbeth 200 watt (DB200H) really held its own, but we aren’t shy from the fact that for Andy, the gigs he is playing and the volume he plays at, the 500-watt bigger brother (DB500H) is the amp he will be using going forward. Sat with blended volume levels at just under 5, the DB500H gets the same volume as the DB200H at full whack, but this isn’t a negative thing. If anything, we are telling you this to prove that just because it has 300 watts less, doesn’t mean it’s any slouch, it’s a killer, but we are biased, after all, it is our latest child, so let Andy tell you:

“It was the perfect opportunity to give the 200 a good go, and it will be perfect for anything that isn’t the size of stages I’m playing on, to be fair, it is probably perfect for these stages too, but we play really quite loud, so I do need the extra power that the 500 provides.”

Andy isn’t just convinced with the Digbeth, the Black Country Customs Blackheath bass distortion pedal has gone straight onto his board, along with the Digbeth DB-PRE bass pre-amp pedal. In fact, the combination of the DB200H and the DB-PRE provided Andy with everything he needed for on-stage volume:

“I’ve been saying how the 500 fits perfectly for what I need, but the 200 with the DB-PRE actually gets the extra push that I’m finding the 500 has straight out the box, which, if anything, is credit to the versatility of what we have with the new Digbeth range, pedals, amps, cabs, I’m all in, I love them!” 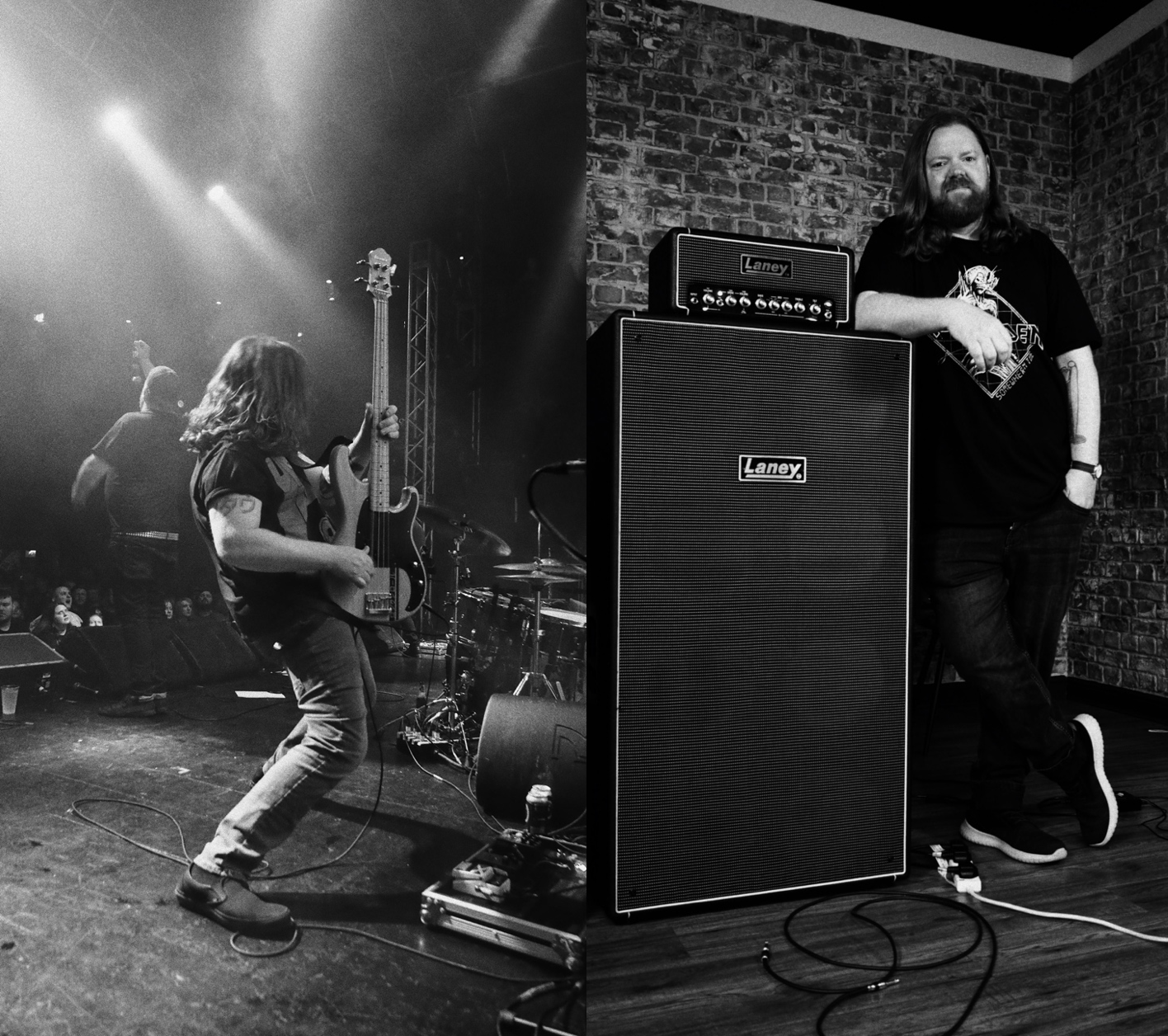 We are super pleased to have Andy Gilmour on board and joining the Laney family. We are proud to have the right people playing our amps and he fits in perfectly with the ethos of what we do at Laney. Andy has a big year coming in 2022, and we can’t wait to see the Digbeth right behind him all the way!

Bonus pic of Andy thrashing it on stage… 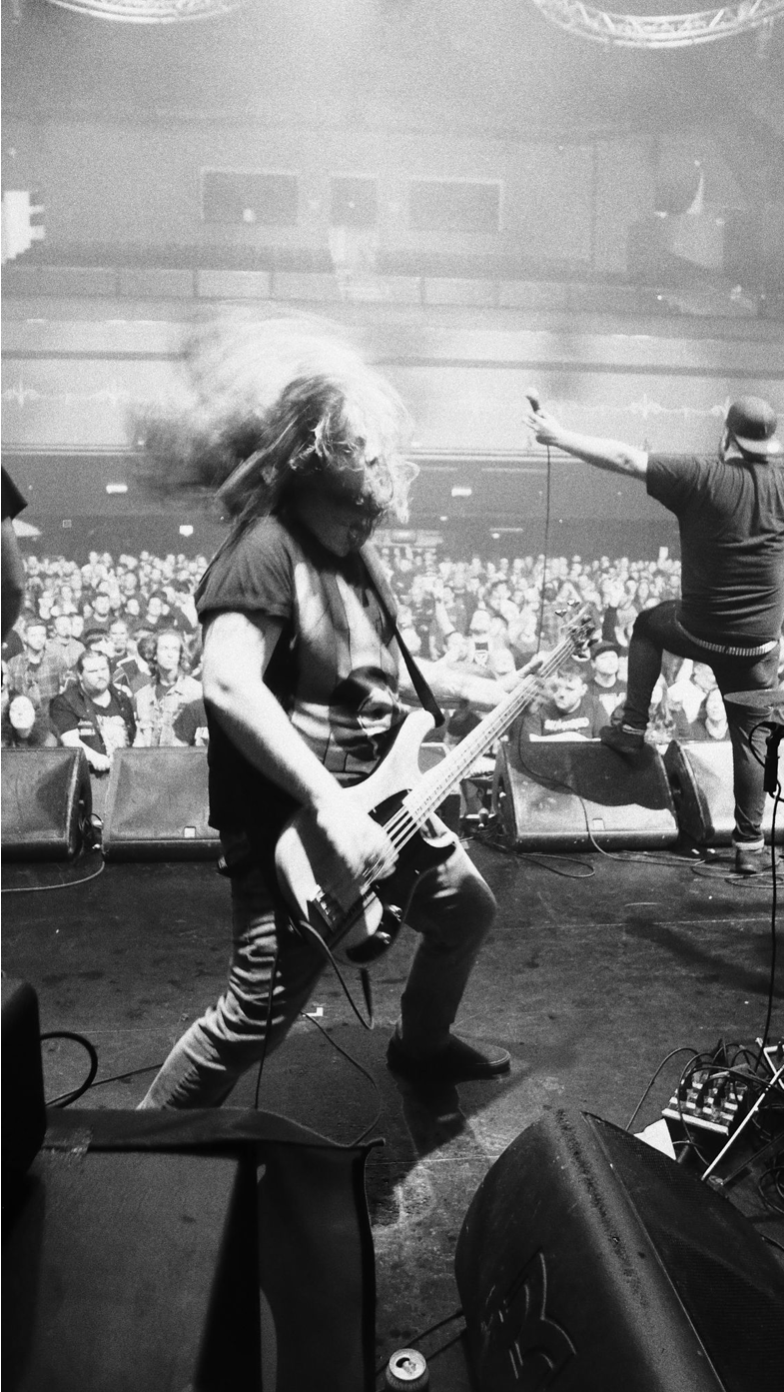